Beware of Tangling With Me

You may find it addictive, fun and creative 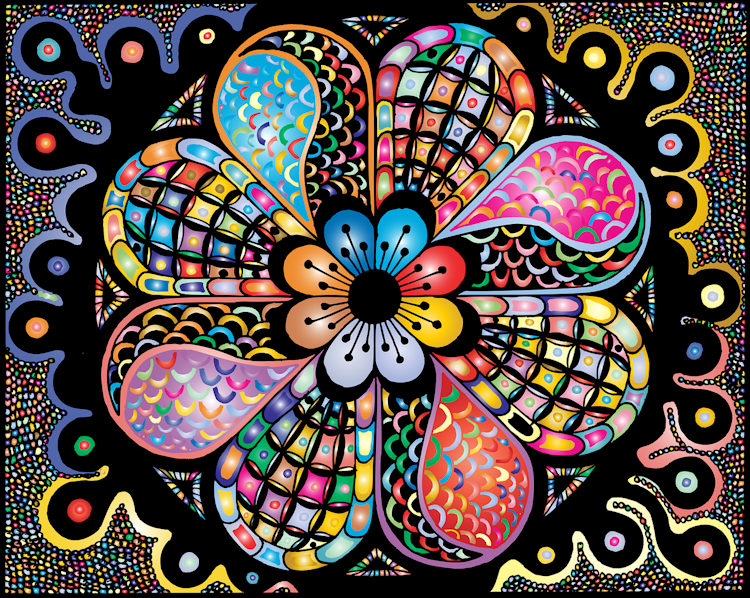 Many who know me will read that headline and think “Oh oh, who has ticked Shadows off?” I’m going to talk about a different sort of tangling.

Back in April I invested in an iPad and Apple Pencil with a mind to start learning to draw on the tablet. While I can be a bit on the creative side, an artist I would never lay claim to. But, like writing, with enough patience and willingness to practice, drawing can be learned. So I’m told. I’ll let you know how that works out.

I’ve been putting the tablet to good use. Not drawing yet but transforming available resources into images that are uniquely my creation. It’s been fun.

One of my go to resources to learn from is YouTube. There’s been some interesting rabbit holes I’ve wandered into that have led to creative ideas. While watching a video on using Procreate, I happened to notice a suggested video on how to create doodle art pages.

I watched how the artist approached creating the doodle art page. Long story short, he decided on the elements he wanted as part of the page, created them and then laid them out in layers on the page until he had them organized as he wanted them. He then used doodle patterns to fill the spaces between the layout.

What is Doodle Art?

Doodling tends to be very freeform in design. The artist has the basic idea of what they want to do but pretty much draw as the spirit moves them. That is one reason it is so common for people to doodle when doing things like talking on the phone or sitting in meetings. It’s something the hands can do without the mind being fully engaged. I’ve seen some beautiful work produced by doodlers.

Doodling to Commemorate the Poppy

Watching the video sparked an idea for something I wanted to do. I created a doodle art page to commemorate the 100th anniversary of the poppy becoming the flower of remembrance in Canada. I’ll write about that another day. Here’s the finished product: 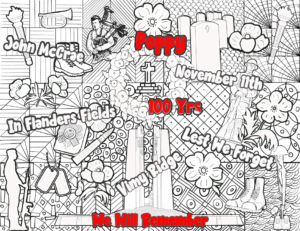 When I was exploring how I wanted to approach the doodles to tie the images together, I came across something else. ZenTangle®. Now, I’d looked at it before and was curious but didn’t explore the concept at the time.

Difference between Doodling and Zentangle

The main difference between doodling and zentangle is that zentangle is focused on creating pattern designs purposefully. You start out with simple lines and shapes then build on them to create the finished tangle. A tangle is usually done on a 3” square of paper with a pencil or pen. The size keeps the time spent short and the pen or pencil makes the equipment minimal.

I took the time to watch a video from the National Museum of American Illustration on the zentangle method by Maria Thomas and Rick Roberts who are credited with creating the method.

It’s a presentation the couple did and about 50 minutes long. I found it interesting to hear Maria talking about the concepts behind the method. It is a method designed to overcome some of the most common excuses for not being able to draw. No talent, no time, can’t afford the equipment etc. The patterns are drawn from the world around us.

Zentangle is a Registered Trademark

When I visited Rick and Maria’s site, zentangle.com I learned that the term “Zentangle” is a registered trademark. I can create Zentangle inspired patterns but calling them by the name would be infringement. Especially if I was selling that work. On their site they asked that in work like this, the first mention of Zentangle include the registered trademark symbol, which I have done here. 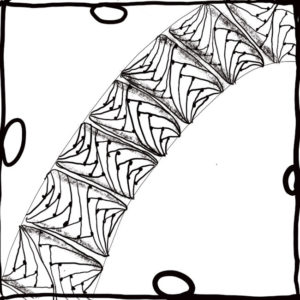 Back to the poppy doodle page, I decided to create a grid and fill each part of the grid in with tangle patterns to complete the page. It was my first effort at doing them, so I kept to very simple ones. I was using the Apple pencil to draw the patterns, something I was still getting used to controlling. Keeping it simple was necessary.

As I worked on the poppy page, I decided I wanted to work on learning more of this drawing method. But, not drawing them on paper. I’d be drawing them onto my tablet. For the last few weeks, if I settle into watching some video in the evening, I have my tablet in hand working on a tangle, or two. 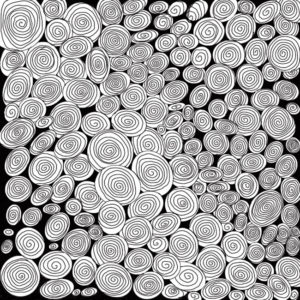 I created a 3” template grid that I start each tangle with making the effect like drawing on graph paper. The lines help me learn my perspective as I work through the different patterns. The patterns are flexible and can be used to fill any space. Some artists are very creative on their use of them, like in the header image of this page. 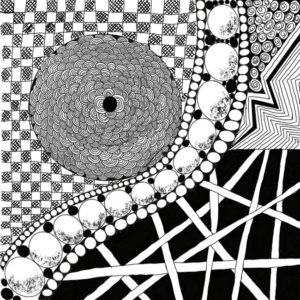 Tangle patterns are so simple, words aren’t even needed, just images. By observing the change from one image to the next, you can follow the pattern. I found a free app called Tangle Patterns that has over 100 patterns with how to images. Lots of them can be found on Pinterest and there are YouTube videos demonstrating patterns.

The tangles in this article, other than the one in the header, have all been drawn by me on my iPad. I use a fine line to draw the patterns and then other brushes available in Procreate when I do shading or want to create thicker lines. 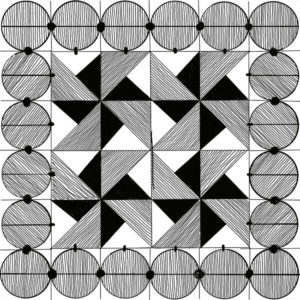 I’ve started a project that will see me using tangle patterns to fill an image. I’m learning new patterns as I go and then apply them to part of the project. It’s going to take a while but should be fun.

There are lots of patterns around to use, pick up a pen or pencil and give them a try. You might just have fun and then you’ll be tangling with me and no one will have ticked me off.

This site uses Akismet to reduce spam. Learn how your comment data is processed.