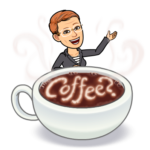 With enough coffee anything can be accomplished. I finally finished configuring the four sites. Now the structure is in place I can get on with adding content and building them out.

I had to do some learning and relearning with Divi during the process but that’s okay. I learn something more every time I have to do that. Divi is a powerful builder, it allows me to create pretty much any site I want to. I just have to know how to use it.

I really love being able to save elements I’m going to reuse to the library for later use and being able to export elements and even whole pages for importing into other sites. So for example I created the About page on one site and then exported the whole page out to import into the other sites. Once I’d done that, it was just a matter of checking the elements worked and doing any tweaking for that site. What a time saver. Now, if it had not taken me an hour or two to figure out that story gallery.

The story gallery actually had its origins in a new plugin from Google. It allows me to use a Canva like environment to put together a graphic ‘story’ that could be played on the site. The plugin is in beta and doesn’t have full functionality. I was also disappointed to find that it would only publish to a blog post when I wanted to use it on a page.

So, I worked around it. I did screen shots of the pages of the story then assembled them into a Divi Gallery. I like the concept and may use it again. I’m told it looks good on mobile. I’m not into video but this concept, now that has my attention. Another thing on my let’s explore list.