The Ground Can Shift, My Roots Keep Me In Place

Earthquakes that shake the ground underfoot, will be held in place by roots of life. 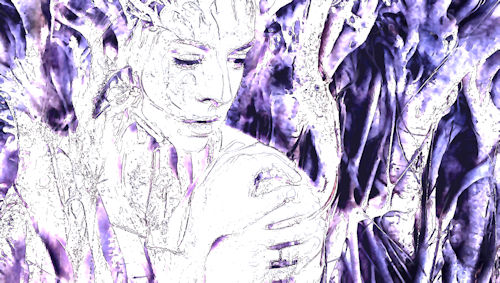 This time last year I was watching the news reports of a virus creating mayhem in the Chinese province of Wuhan. I remember the growing sense of unease as their numbers grew each day along with the deaths and demand on their medical system.

One day, I read a report of the Chinese having built a hospital in a week — a week — to care for those with the virus. I was astounded at the speed they had moved and then remembered, it’s a country with over a billion people and the ability to order people where they wanted them.

My mind started to wonder where this was going to go. In particular, was it going to be something that would be contained there or would this be the worldwide pandemic that scientists had been warning for years was due to happen? I found myself feeling anxious, a sense of foreboding. I tried to dismiss it as overactive imagination.

At that point, any news stories about it were not in a prominent spot in the reporting. I’d been coming across the reports because I read a range of news sources from around the world. That was soon going to change and quickly.

As I watched the reports of the movement of the virus out of China and into other parts of the world, I started to get a sense of an earthquake spreading out around the world. Not aftershocks, more the actual quake pulsing and building momentum. Building enough power to shift the ground around me on this side of the world.

It erupted here at 10 on the Richter scale in mid-March 2020. Within days public health officials shifted from downplaying the presence of the virus, now named COVID-19, to implementing a large scale lockdown. Fear and uncertainty was palpable across the country.

Images of deserted city centers and empty highways where people and traffic congestion had so recently been were stunning. To look at them without the knowledge of the pandemic, it would appear something had destroyed the world without damaging any structures. The images lent a dystopian sense to the shifting ground. A sense of a world suddenly deserted and empty without the wide-spread damage one would expect from a life altering catastrophe.

Swift declarations of states of emergency across the country suddenly put millions out of work, schools, daycares, community centers, all but the most essential businesses closed. People going to places still open had to line up for hours and learn new concepts, like social distancing.

As information came out about the virus and those most vulnerable, I came to the realization, I would be at high risk for a poor outcome if exposed. Thankfully, I also have friends and neighbours willing to help. My home is my safe space and is kept that way with their support. Contactless deliveries have been the norm along with electronic connect with others.

They are the roots holding the shifting ground in place. At times if I become unsettled and express that to a close friend, he starts our conversation with “You’re safe”. Another branch of the root, steadying the ground

Look around, who are the roots helping to hold your ground in place? Are you a root for others? Together we can keep the ground in place until this virus loses it’s ability to harm.